Hi library peeps, I thought all y'all would appreciate this link in helping guide users when they go online. My score was 6/8--and I was surprised at the two I got wrong.

Do you still have any work to do behind locked doors or at home?

Sorry I can't link directly, but I thought ya'll might appreciate this. :)

So, I am a part of a 20+ branch library system. Our Service Center seems like they are always looking for ways to cut down their time and money, to the detriment of the rest of us.

This time, they have decided they want to do away with most of the labels on books. A run down of some of them:
Genre labels (W, M, SF)
LP (large Print)
Beginning reader

LP isn't too big a deal, because the books have their own section.

And the Genre and LP books are noted on the spine label. But our older readers aren't going to be able to read the spines in the LP section if they are looking for Genre.

And the Beginning Reader books WON'T have the info on the spine. "Most of the books look the same, so it isn't a big deal," was an explanation...not all of the books do.

Our Feature Films and TV shows will no longer have a distinctive label on them, but instead have the borrowing period on the spine label. And that info will wrap around so it won't even be visible unless you turn the DVD to the side. So skimming the shelves to look for things that are out of place won't work.

The kicker is, is that our new books, which are labeled with a piece of orange tape, won't be marked. So the only way to tell if a book is new, is to look in the computer! There will be no physical way to look at the book and see where it needs to be shelved.

There is a discussion online about it, and every time staff questions things, we are given a very vague non-answer. None of these changes were discussed with any of the branch managers. There are no official minutes for the discussions. The talks 'have been going on and off for awhile'. And it will save time and money at our Service Center...

...while making the branches less efficient and causing things to be shelved in the wrong places.

I am OCD enough that I will be able to hunt down anything, even if shelved wrong, but most won't give a crap. Even now, things are getting shelved wrong, that have clear easy-to-read labels.

About five years ago, they tried not putting tape over the spine labels to save time and money. Things didn't circ more than a few times before the label was peeling and looking faded. Thankfully they started putting tape on them again right away.

Okay, rant over. Things are supposed to gradually happen, and officially start in August. Hopefully some minds will change about things.

Just a shout-out to you folks who staff my happy places, courtesy of Bruinhilda on Tumblr:

As a library worker, there’s something I want to say to you.

You do not have to apologize for the books you choose to read.

At all. To anyone. You owe nobody any explanations; you need no excuse or “good reason” to be reading the book.

Want to read a book written by a huge asshole everyone hates and agree was a monster? Yeah, we have those. No, we don’t think you’re an asshole for wanting to know what was actually written in there, or judging things for yourself.

You do not have to pull the shame face and offer me an excuse when you check out your books. I don’t care if I got so angry at that book I threw it against a wall when I read it: you have the right to read it, and enjoy it if it’s enjoyable for you. THAT’S WHY THE LIBRARY HAS IT IN THE FIRST PLACE. If we only stocked pure, unproblematic literature everyone approved of, by authors of unquestionable virtue, we wouldn’t have any books at all. Or music. Or movies. It would be utterly fucking boring. And it certainly wouldn’t be a library.

(Not a library-specific problem, but that happened to be the venue.)

I get it; my halting arthritic limp and Zootopia-slothlike pace seem to be an open invitation to the Dr. Fixit in some people--most recently a fellow library patron who (unasked) cheerfully recommended that I:

(A): Eliminate nightshade vegetables from my diet, and

Although both are frequent New age health strategies--the former being rooted in macrobiotics (apparently nightshade plants are just too danged yin, as well as keeping dangerous botanical company) and the latter in capsaicin's demonstrated pain-relieving properties--I just bet that a lot of you erudite folks out there can spot something wrong with the above combination of instructions.

Hi
A question: I am making a display of books made into movies/tv shows. (I am in a university library and we want to showcase some of our less academic collections as students start to arrive for the new year.) One of the books is Agatha Christie's "Ten little N******", and we have the 2015 tv adaptation "And then there were none". It's a very good adaptation, and has a NZ actor in it, so I wanted to include it. However I'm concerned because of the title of the original book. Am I being oversensitive? Thoughts? Thank you!

**EDIT** Thanks everyone for your thoughtful answers! My new plan is to leave it out of the books & movies display, but include it in a display later this year about censorship and banned books. That will be a more serious display and the ideas around "things that were ok in the past and really aren't now" can be properly addressed. Thanks!

For example: I had a patron call my little small-town library looking for maps of the tunnels that supposedly connect my little town in Georgia with a much larger town in Ohio, with a stop at Crazy Phone Lady's childhood home in Pennsylvania. This connection was obvious to her because the towns have the same name, and her childhood home was on a street that was Trans[town name] Road. She was convinced that the term Underground Railroad was a literal railroad that was underground running through these tunnels that supposedly are under the entire US. She also claimed that her uncle who lived in a shack behind her childhood home was actually Nikola Tesla, despite the fact that Tesla had been dead for a decade or more before she was born.

Along the way, she rambled on about how the Philadelphia Experiment movie was a way to discredit the truth that the USS Eldritch really did disappear, travel through dimensions, and then reappeared, Edison was a thief (true enough) and on and on and on... I finally had to lie that there was a patron at my desk needing help to get her to shut up long enough to disconnect.

How do you deal with someone like that, who is way the hell out of her mind and rambling on and on? What do you do when the crazy patron in question shows up physically in the library instead of calling, and thereby being easy to either gently disengage by claiming another patron or just hanging up? I'm not worried about CPL showing up, she was calling from across the country, but I'm curious if any of you have some suggestions for when the crazy walks into the library.

I do a lot of web-surfing from library computers, and this phenomenon has got to bug you librarians as much as it does me: what exactly the hell are people doing that breaks the keyboard supports and squashes them flat?

(I'm irresistibly imagining this guy in the throes of a furious Reddit debate: 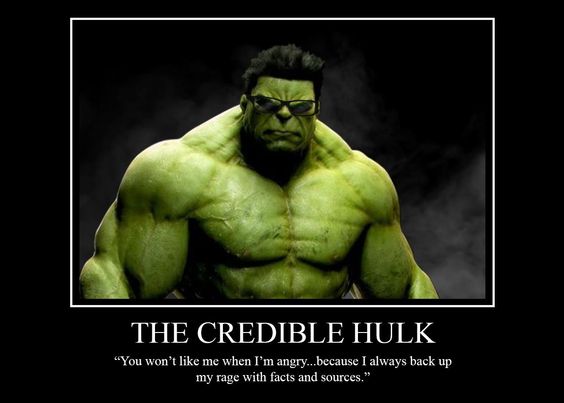 My library building is almost 10 years old. I have worked in the old building for several years, then this new one.

After about two years in the new one, during a heavy rain, the ceiling started to leak along the light fixtures over our Large Print section. The books were fine.

We had it fixed.

Rinse repeat almost every year. With a few bonus leaks upstairs in our storage area.

We did go 2 or 3 years with no leaks. In a row! Then, last spring (which is different, normally only happens in the fall), it leaked again, AND over the windows right next to the books.

And, yet again, a few weeks ago. And way worse than normal. Carpets soaked, one of the buckets we put out had almost 6 inches of water in it. And it soaked the ceiling tiles in our meeting room on the other side of the library and a few tiles fell down. AND the men's room ceiling is bubbling.

After nearly 10 years of leaks, who the fuck knows what our walls look like and what is growing in there.

And we finally found out a little of what the problem is, even though the last few times they blamed moss <---wtf?

--We are in Washington. The roof they 'gave us' is designed for dryer areas, like California.
--The person who installed the roof didn't know that. And the roof needed to have a gap on the edges to allow water to pass. Which didn't happen.

--Now no one wants to repair the roof - probably because we have gone through every repair person in the state.

BUT!!! It looks like we will finally be getting a new roof! I am thrilled! So tired of having to check everywhere when we get a heavy rain to see if we have any more leaks *dances*
Collapse